This article is an update to our earlier piece: “UK will leave the single market”

In a speech this morning, the Prime Minister said:

Sun journalist Tom Newton-Dunn: “Given the pound has fallen, but you say you have said nothing you, are traders getting it wrong? Or are you wrong about what you said?”

Theresa May: “Well, I’m tempted to say the people who are getting it wrong are those who print things saying I’m talking about a hard Brexit, [that] it’s absolutely inevitable it’s a hard Brexit. I don’t accept the terms hard or soft Brexit. What we are doing is going to get an ambitious, good, the best possible deal for the United Kingdom in terms of trading with, and operating within the single European market. But it will be a new relationship because we won’t be members of the EU any longer. We will be outside the European Union, and therefore we will be negotiating a new relationship across not just trading but other areas with the European Union.”

So – were many other commentators, the financial markets, and I wrong to interpret May’s remarks on Sunday as an indication of a ‘hard Brexit’?*

No, we were not. May has said that leaving the single market is not inevitable. Certainly, after 2016, we should be careful to say that anything is inevitable. But in all probability, as we summarised this morning, the UK will cease to be a member of the single market. I would read into her comments today that May is trying to get the point across that a good renegotiation involving single market access shouldn’t be described as a hard/black/bad-for-business deal. Indeed, a good trade deal with single market access may be better than single market membership with strings attached (i.e. acceptance of freedom of movement etc.).

*Personally, I dislike the terms hard and soft Brexit. Many see ‘hard Brexit’ as a synonym for the UK leaving the single market, which is accurate. However, as there is more at play here – membership of the customs union, for example – I believe it is better to clearly articulate what you mean, rather than using media-friendly buzzwords. 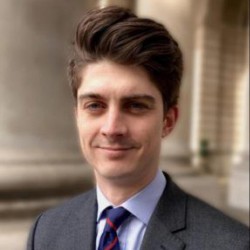 Thomas has a background in politics, having worked in Parliament for a number of years. He worked alongside a wide range of stakeholders from business, local and supra-national government, and charities on various projects.

Before this, he worked for GlaxoSmithKline and as a theatre producer. Thomas enjoys playing cricket, cycling, and reading.